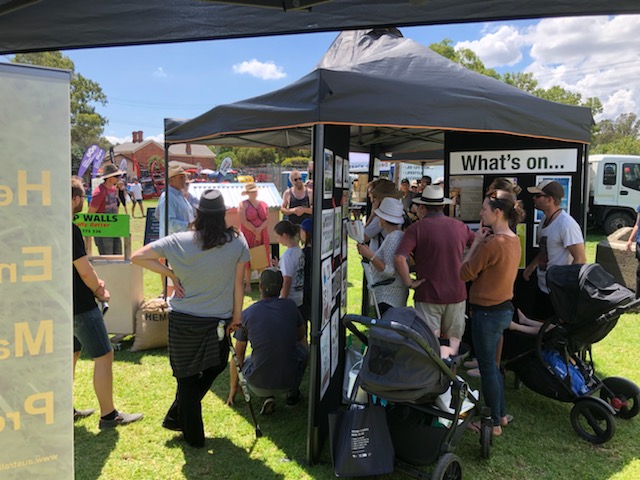 Southern Hemp, Hemp Victoria Inc and the Australian Hemp Manufacturing Company joined forces to create a large hemp display at the yearly farm Expo in Seymour on the Valentine Weekend in 2020.

David from Southern Hemp  was demonstrating how to build a dog kennel from the stalk of the hemp plant called the hurd. He combined the hurd and a binder in his special mixer and poured it into the form work to create the walls of the kennel.

David also gave a talk on farming and constructing a house in hemp and each year the numbers of people interested in building with hemp grows.

Darren Christie the President of Hemp Victoria and also the CEO of The Australian Hemp Manufacturing Company was kept very busy answering inquiries about joining the Association and how the hurd is processed as he has a processing machine.

Hemp homes have very good thermal qualities and recently I asked a hemp builder about his home. He said it was in the mid 40s outside but it was 26 inside during the fire season in The Blue Mountains.

Hemp Food has become almost main stream now as hulled hemp seeds is being sold in nearly all Woolworths and Coles super markets.

Southern Hemp will be at the Off Grid  Festival at Eldorado on the 18th & 19th April 2020. Ten thousand people will attend as the interest in Off Grid living has grown hugely in the past 12 months.